KIDS FIRST! movie critic, Gerry O., gives his take on the new "The Light Between the Oceans" movie.
Tweet

Based on the novel by M.L. Stedman, this film has an unlikely story about a lighthouse keeper and his wife living off the coast of Western Australia who raise a baby they rescue from an adrift rowboat. Although slow paced, the emotional complexity of the film makes it all worth while. KIDS FIRST! Film Critic Gerry O. comments, “When you watch a romantic film, you expect it to achieve skilled levels of drama, acting, entertaining and relatable story to keep the viewer engaged, but still have a realistic romantic plot. The Light Between Oceans is a spectacular romance story that is truly perfect in many ways.” See his full review below.

The Light Between Oceans 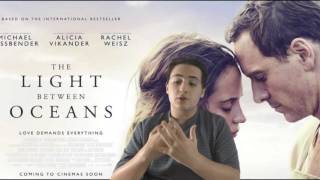 The Light Between Oceans by Gerry O.

When you watch a romantic film, you expect it to achieve skilled levels of drama, acting, entertaining and relatable story to keep the viewer engaged, but still have a realistic romantic plot. The Light Between Oceans is a spectacular romance story that is truly perfect in many ways.

The Light Between Oceans tells a dramatic story with many romantic elements. There are couple of jokes but it should not be considered a comedy in the slightest. The characters do embark on a large and emotional adventure throughout the story, so this film can also be considered an adventure.

The story begins when Tom (Michael Fassbender), a WW1 veteran comes back to his home, Australia. After suffering in the War, he takes a job of a lighthouse keeper, living completely alone on a small island. However, he meets a girl named Isabel (Alicia Vikander) and they quickly fall in love. After getting married and moving to the island, they try to start a family but lose two babies prematurely. Everything changes when a baby mysteriously washes up on the shore and they must decide to keep her or report this phenomena to the authorities.

The story is based on a book and the story itself is fantastic. In this film however, many scenes are unnecessary and cause it to feel stretched out. For example, there are flashback scenes about the baby’s father, which would be nice in the book, but in a film are not necessary and drastically increase the run-time. There are also some scenes that seem to be there for no reason and could be cut out to make the film more enjoyable. Despite those issues, the acting is emotional and fits the characters. Michael Fassbender and Alica Vikander truly make you believe their characters, Tom and Isabel, are deeply in love. Another aspect is the film’s heart-wrenching drama, which the entire cast brings to life. From sadness, to anger, to just plain awkwardness, they demonstrate their emotions wonderfully. On top of that, the cinematography is exquisite, especially of the lighthouse, the waves and the beach. It truly shows beautiful parts of Australia not widely known.

My favorite scene is when the boat landfalls onto the island with the baby. Isabel is heavily traumatized from losing two babies, so seeing a live baby changes her mood quickly and, it is interesting to see how the characters react to the situation. I also like this scene because it displays the actors’ outstanding performances and is also easily one of the most important scenes in the film.

Although this film lacks any adult language, it still has a considerable amount of adult content so I recommend it to ages 13 to 18. Younger kids may be too young for the content and may not even understand the plot. I give this film 4 out of 5 stars due to its length but still, the acting and beautiful cinematography makes it all worth while.