Tim Burton graces us with his latest fantastic film Miss Peregrine’s Home for Peculiar Children based on the novel by Ransom Riggs. The story features a young man, Jacob finds Miss Peregrine’s Home for Peculiar Children and discovers clues to a mystery that stretches across time. The danger deepens after he gets to know the residents and learns about their special powers. KIDS FIRST! Film Critic Gerry O. comments, “Tim Burton, once again, excels in one main category – special effects. Despite CGI now creeping into every film, I love how he makes some monsters look like stop-motion animation. This makes them feel realistic and is a fantastic choice.” Na’im S. adds, “If you like movies that start off with a big action scene and keep that momentum going throughout the whole movie, you should definitely go check this movie out.” See their full reviews below. 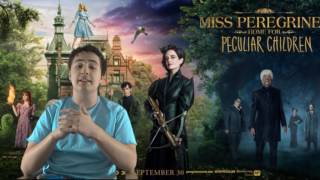 If you are looking for hilarious comedy, intense action scenes, spectacular visual effects, original and unique camera shots, exciting but unexpected story – there is only one film that combines all of these so perfectly and that is: Miss Peregrine’s Home for Peculiar Children.

There are so many elements that create this master piece. A lot of the film contains wonderful and original humor, but also balances it out with drama and intense scenes. The main story also contains strong elements of romance that is spectacular due to wonderful acting and a beautiful script.

The residents of Miss Peregrine’s Home for Peculiar Children have special powers.

The story begins when Jake (Asa Butterfield), as a teenager, loses his grandfather. His grandfather’s dying words are to find someone and talk to them about something. This of course is confusing to him and he decides to convince his parents to take a vacation to Wales to find out if all the bedtime stories his grandpa told him about peculiar children with magical-like powers are true. He finds out that there is a very big danger to the children and the home and he is the only one that can possibly stop it. The only question – is he up to the task and is it real?

Tim Burton, once again, excels in one main category – special effects. Despite CGI now creeping into every film, I love how he makes some monsters look like stop-motion animation. This makes them feel realistic and is a fantastic choice. The rest of the monsters and special effects can only be described as stunning with stunning detail and realistic looking characters. That isn’t the only great thing about this film though. There is also a legendary and complex story with many twists and turns that keeps your attention and keeps bringing unexpected additions to the plot. The actors truly make the story come to life and excel in their roles. From comedy scenes, to romance scenes, each feels realistic and natural.

Speaking of scenes, my favorite would be when they take a giant sunken cruise ship and resurface it. I choose this scene for one main reason – the special effects. Even though the whole sequence lasts less than five minutes, it will leave you in awe as they take a hundred foot long ship and launch it back from the bottom of the ocean. This scene shows how much effort creators really put into the special effects for the movie – this moment is truly a centerpiece.

Miss Peregrine’s Home for Peculiar Children may seem like a great family friendly film, but it is far from that. There is some gore and graphic scenes so it is inappropriate for young children. I recommend it for ages 12 to 18. I give this film 5 out of 5 stars simply because it is so spectacular from the acting, to the exciting story and, of course, to the phenomenal special effects. 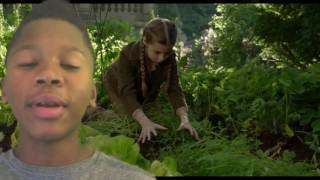 If you like movies that start off with a big action scene and keep that momentum going throughout the whole movie, you should definitely go check this movie out. Director Tim Burton uses really exotic and unusual special effects that make you feel like you are back in the mid 1900s when the movie takes place. If you watch this movie, you might feel like you are on a big adventure with the Peculiar Children.

This movie is about this boy named Jake (Asa Butterfield) whose uncle was killed by one of the evil Peculiars. Jake’s uncle gave him a message right before he died to go to see Miss Peregrine and all the Peculiars. Jake goes on a journey with his father, back in time, to Miss Peregrine’s home for Peculiar Children. Jake meets a bunch of different Peculiar Children and they go on a quest to save Miss Peregrine and all the others. The head of the Evil Peculiars, Barron (Samuel L. Jackson) is hungry for human eye balls, which is the only thing that can keep Barron looking human. Barron has the ability of looking like anyone in the world which really throws everyone off in the beginning and ending of the movie. Also Barron has a special peculiarity which really helps him but it hurts others.

What is really interesting about this movie is how one character really steps up and leads the team of Peculiar Children to fight the Evil Peculiars. It is nice to see how someone can go from being shy to being a leader.

I recommend this movie for 10 to 18-year-olds. Adults will also love this movie because of the thrills and suspense it contains. I do not recommend it for younger kids because it is very scary in some parts and they would probably get very frightened.

I give this movie 5 out of 5 solid gold stars for its suspense, thrills and humor and because it makes you want to keep watching to the very end.