Okay – I must admit, it’s going to be hard to watch the new Tomb Raider movie without comparing the lead actor, Alicia Vikander, who plays Laura Croft, to the previous movie version starring mega-star Angelina Jolie, who, in my opinion, completely embodied the character, but I’ll try to keep an open mind. Like any serious James Bond movie fan, it will probably become a Sean Connery versus all-other-actors-who-ever-played-the role type of fan discussion going forward. We shall see. But in the meantime, here are two recent movie reviews from our friends over at KIDS FIRST!, who give the new movie high marks. Enjoy! 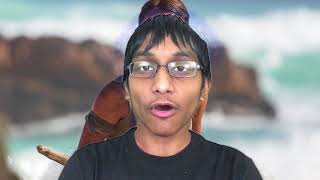 Lara Croft is the fiercely independent daughter of an eccentric adventurer who vanished years earlier. Hoping to solve the mystery of her father’s disappearance, Croft embarks on a perilous journey to his last-known destination — a fabled tomb on a mythical island that might be somewhere off the coast of Japan. The stakes couldn’t be higher as Lara must rely on her sharp mind, blind faith and stubborn spirit to venture into the unknown. KIDS FIRST! Film Critic Arjun N. comments, “…one of the more enjoyable video game adaptations. The acting and the direction provide the same sense of adventure and excitement as the video game. This is sure to be a must-see watch for fans of Lara Croft or anything adventure related.” Morgan B. adds, “Mysteries, stupendous graphics, a terrific story, and action all make this one awesome film! I love the original Lara Croft: Tomb Raider (2001) and Tomb Raider has just topped it. The ending had me breathless.” See their full reviews below.

Tomb Raider is one of the more enjoyable video game adaptations. The acting and the direction provide the same sense of adventure and excitement as the video game. This is sure to be a must-see watch for fans of Lara Croft or anything adventure related.

The story follows Lara Croft (Alicia Vikander), an intelligent yet reckless thrill-seeker, who embarks on an adventure unlike any other when she finds evidence of her father’s disappearance. Seeking to solve the mystery of Richard Croft (Dominic West), Lara enlists the help of Lu Ren (Daniel Wu), a ship captain. However, their adventure lands up in the worst when their ship crashes to Yamatai. Lara soon finds herself in the hands of Matthias Vogel (Walton Goggins), a rival archeologist who will do anything to unlock the tomb within Yamatai. Realizing the tomb will unleash global genocide, Lara must find a way to stop Vogel while discovering secrets about her father.

Alicia Vikander, as Lara Croft, is my favorite character and splendidly presents the character of Lara Croft and her struggle/rise to become the well-known “Tomb Raider.” Her acerbic wit and vulnerability add a relatable extension to the character. Dominic West, as Richard Croft, excellently delivers his love for Lara and adventure. His mystery adds to the plot, which leaves you wanting to know more about it at every turn. Daniel Wu, as Lu Ren, is a capable and funny companion to Lara and he shows a caring need to help the poor. Walton Goggins, as Matthias Vogel, portrays a threatening, yet over the top performance as the main villain, and it works for the most part. His involvement in the Croft conspiracy is interesting as well.

Roar Uthaug incredibly directs the movie with a knowledge of the video games, resulting in a brisk pace from one scene to the next. My favorite scene is when Lara has to find a way out of a plane which is slowly falling off of a river bank. It is extremely intense and it reminded me of fun, innovative levels from the Uncharted and Tomb Raider games. My problem with the movie is, despite a superb first half, the second half falls from an overreliance on CGI and over-the-top scenarios, often leading to unintentional comedy. It feels jarring when compared to such a first half.

The message of the movie is to always be hopeful, as this allows Lara to keep fighting, even in the toughest of times. I give this film 4 out of 5 stars and recommend it for ages 10 to 18 because of its intense action. The movie releases in theaters on March 16, 2018, so check it out. 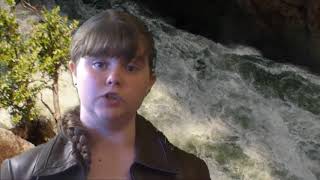 Mysteries, stupendous graphics, a terrific story, and action all make this one awesome film! I love the original Lara Croft: Tomb Raider (2001) and Tomb Raider has just topped it. The ending had me breathless.

The astonishing graphics are crazy. The ancient tomb is amazing. Everything looks so realistic and very magical. I would love to travel through it and see the wonders inside. Another scene that has a lot of fantastic graphics is the one where Lara Croft and her new companion are caught in a humongous storm. The water looks stormy and crystal clear and I loved this scene because I felt cold and scared while watching it.

Lara Croft (Alicia Vikander) is the kind of girl that you don’t want to mess with. After all, she raids tombs and runs after villains, and these happen to be her best qualities. Also, she has a kindhearted, lovable side that wants her father back desperately after his mysterious disappearance seven years ago. She shows both sides of her personality and makes sure that she isn’t too nice or too mean. Lara Croft is also a good role model for girls who want to stand up for themselves and people who want to learn self-defense. These are the reasons why she is my favorite character. Yes, she knows how to shoot a bow and arrow. Watching all of the various fighting styles and action scenes Alicia Vikander is able to pull off is entertaining.

My favorite scene is when Lara Croft and Mathias Vogel (Walton Goggins) are trying to escape the tomb and the tomb collapses. I also loved the fact that Lara shows a bit of both sides in this scene because she fighting and also knows that a dreadful fate awaits her father.

The storyline is easy to follow and a bit cliché, but worth watching due to the scenery and of course the treasure hunt. The treasure and the underground cave are amazing discoveries. Watch your step because each step is a risk. After all, you might right set off a booby trap or two. The end leads you to believe that there will be more Lara Croft stories in the future.

This is a great first film to reintroduce this powerful female adventure seeking, action figure. The 2001 Lara Croft is very self-assured, tough, smart and fearless.  In this movie, she is very young and not sure of herself, but she is a quick learner, although a bit naive. She has room to grow until she becomes the Angelina Jolie version. 2018 she is still not sure of herself

Tomb Raider has a few messages. They include: standing up for yourself when you’re in danger, helping others when they are in need, being yourself and not being afraid to do the impossible.  Another message is the value of a good education which helps Lara solve puzzles throughout the tomb.

I give this film 5 out 5 stars and recommend it for ages 13 to 18. Tomb Raider does have a lot of violence and intense action which is a bit too much for younger kids. Tomb Raider comes out in theaters on March 16,  2018, so be sure to check it out.